One hundred kilometers in the pouring rain. Solo. Let’s discuss.

I was excited all week leading up to Sunday. Is there any other emotion when you’re about to ride 62 miles on the same day as thousands of other powerhouse females around the world?

On Sunday, July 23, 2017, Rapha held their Women’s 100 event, a one-day, worldwide ride fest where women from around the globe cycle 100km in one shot…because they can. Because cycle chicks are a bunch of animals who set goals and smash them. Epic is an understatement.

See, I’ve been riding more. More than my average 60-70 miles per week. 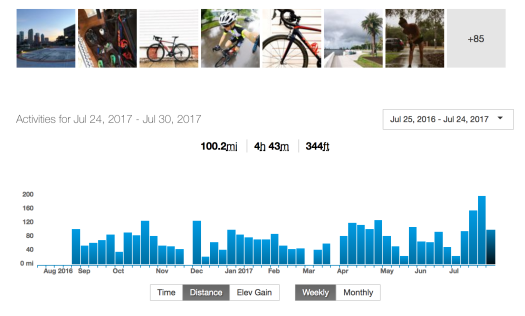 Are you on Strava? Let’s be best friends!

In just about two months I tripled my weekly mileage, doubled my laundry days per week, and significantly increased my grocery bill. I’m not sure I’ve ever had such an appetite for snacks or the suffer. I’ve been a runner my whole life, racing in high school and into college at The University of Tampa, but biking has slowly being a bigger passion.

As July 23rd approached, my cravings were in overdrive. I followed the hype on social media leading up to Sunday. Posts from women around the world pledging to bust their asses flooded my feeds. They were in English, French, Spanish, Swedish, Portuguese, Chinese, Japanese, German, Russian, Italian. And yet I understood them all, because cycling is a universal language.

Saturday night I didn’t sleep; all I wanted to do was ride my bike—my new bike. Not only had I increased my mileage, but I recently upgraded my ride. Like, full on mega upgrade. 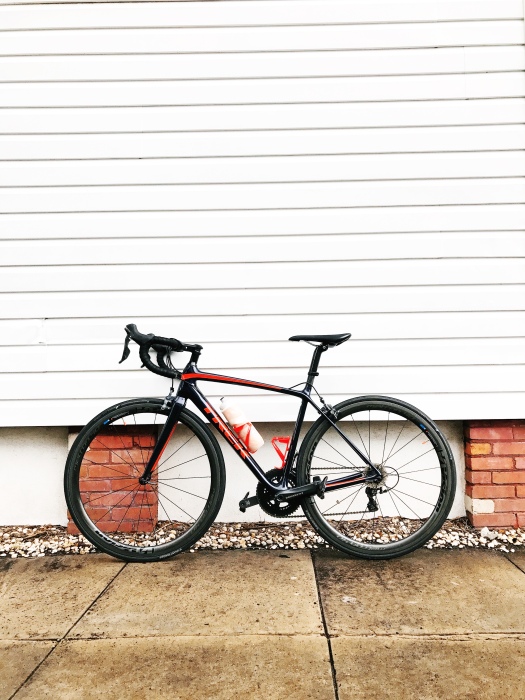 Aluminum to all carbon everything.

I was so set and stoked on Sunday…until rain showed up in the forecast. Doing me dirty, Florida.

My plan was to hop on a local 50-mile group ride then finish the last 12 miles on my own before sucking down a victory iced coffee.

The group text revealed no one was on board to ride through the rain, and all my friends are a bunch of Nancies. I tried to wait it out with meaningless chores, endless cups of coffee, and a little trolling on the #Womens100 feed. Others halfway around the globe had already finished—big smiles, hugs, high fives, ass pats, full brunch spreads. Then there was me: kitted up, staring out my kitchen window cursing the weather gods, wondering what the actual chances of getting hit by lightning were.

Around 8:30 a.m. I saw a break in the clouds. Or maybe I wished it hard enough and started to believe it. Either way, before I knew it I was straddling the bike, watching my Garmin tick off the tenths.

I want to say it got better from there. I want to say I was gifted three beautiful, uninterrupted hours of sunlight, but it was quite the opposite. It didn’t get better, it got worse. Mile after mile, the rain came down harder, pooling above my brows, flooding my eyes, running down my cheeks and into my jersey. I was soaked in 15 minutes and stayed that way for the next 3.5 hours. What do you do in a situation like that other than accept it and keep hammering?

Around mile 32 I pulled off the road under some trees. More than halfway, but just barely. I needed 5 minutes to re-group. All of a sudden I became hyper aware of the toll this ride was taking on my body and mind. My quads found their pulse and started to throb, the space between my eyebrows, tense. I pressed my chin into my neck, touched left ear to left shoulder, then right ear to right shoulder. I spread my fingers out, and reached my arms above my head.

This was the point of: “Do I continue to take the beating or call it early and go home to coffee?”

I went on. I stuffed my music back into my jersey pocket and kept on for the next 30 miles with nature and traffic as my soundtrack.

And you know what? It didn’t suck—at all. Because part of being a PUSH ANIMAL and wanting something for yourself and no one else is doing the damn thing and doing whatever it takes. It’s not doing what’s comfortable, it’s doing it until it’s done. 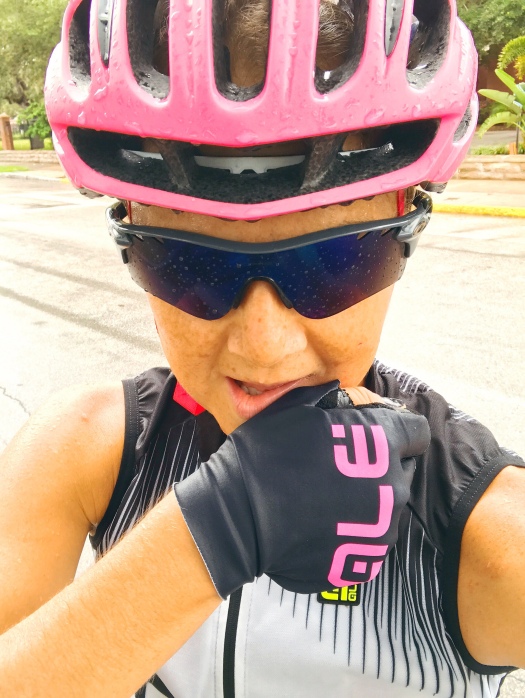 I mean, yeah, there was coffee. But I sucked it down as a sweet reward.