Just a few months ago I would have given anything to do what I did this week: drop everything, move out west, and run mountain trails with the cows. 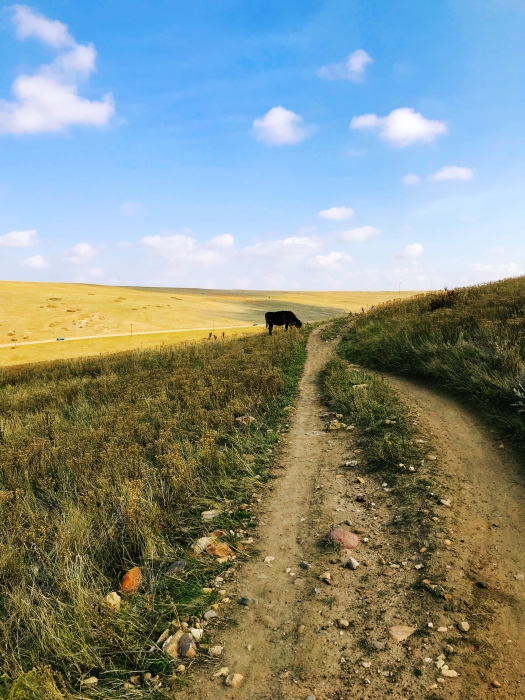 This guy didn’t budge as I ran by—I was just inches from him! I guess they are so used to people by now that they mind their own business.

They say you can’t put a price happiness, but today I did. It was my last ten dollar bill I used to run the trails. And it was worth every penny.

Yesterday I explored my new city by bike. This morning, after hours of job-searching and applying fueled by coffee after coffee after yet another cup of coffee, I had to get out there. The weather was too good to sit inside another second.

While I threw on my shorts and hunted down my second sock, I googled “running trails in Louisville.” Marshall Mesa popped up first—it’s basically in my backyard! I threw my headphones, FlipBelt (it’s the best thing ever. get one now. not sponsored. just a big big fan), and wallet into my bag and took off.

It was only five bucks to park, but all I had was a ten dollar bill in my bag. I guess I could have broken it at the gas station across the street, but these mountains, these pristine trails, this fresh air and beautiful sunshine? I would’ve slipped a hundo into the pay slot if I ever carried around the Benjamins. (read: never)

This place is priceless.

I called it at six miles, lungs burning, heart hammering; acclimating is hard work. I panted “OH MY GOSH” no less than 30 times, and I waved to every single person on the trail. I think we all know how lucky we are to be here.

Every single step, I thought about how afraid I was of leaving Tampa. What would I still be doing had I not left? Had I been too scared to leave somewhere I felt safe, but not fully alive, I’m not sure I would have ever made it here. I’m proud of myself for that. 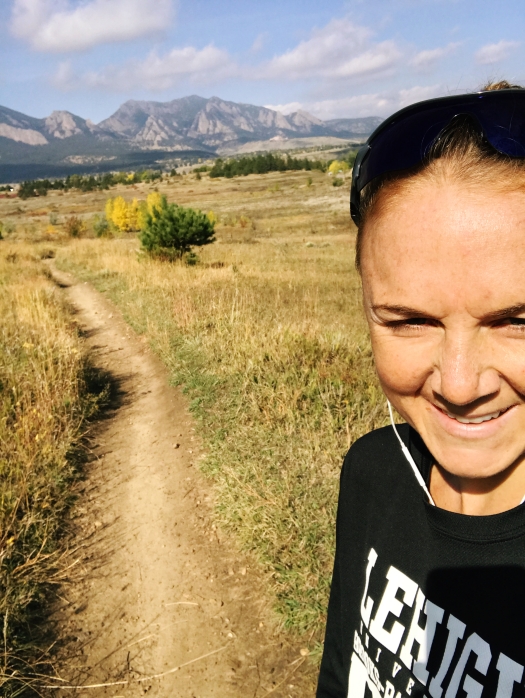 What a day. What a week so far. What a life ahead of me. Yeah, it’s definitely worth more than a fiver.

To many, many more.