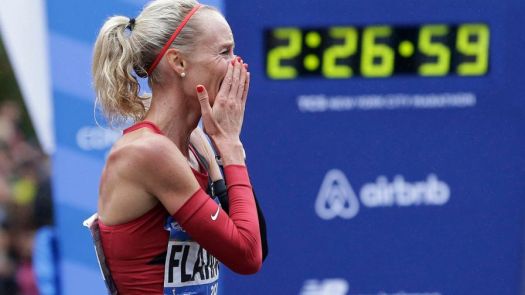 I’m a few days late because this post took me awhile to write but…WOW. I cried for Shalane and for Meb and for the sport and the whole entire amazing day. Tears were all over the place. If you didn’t believe in the awesome power of the human spirit before, Shalane gave us all a reason on Sunday morning.

After an hour or so of refreshing my Twitter feed, I laced up. Because every  morning of every big race, I run. New York, Boston, London, Chicago, Berlin; I dedicate a handful of miles to each one. I’m not there on the start line or even on the sidelines cheering, but I still feel there. Hundreds of thousands of people all around the world are running “together” and I like being one of them. 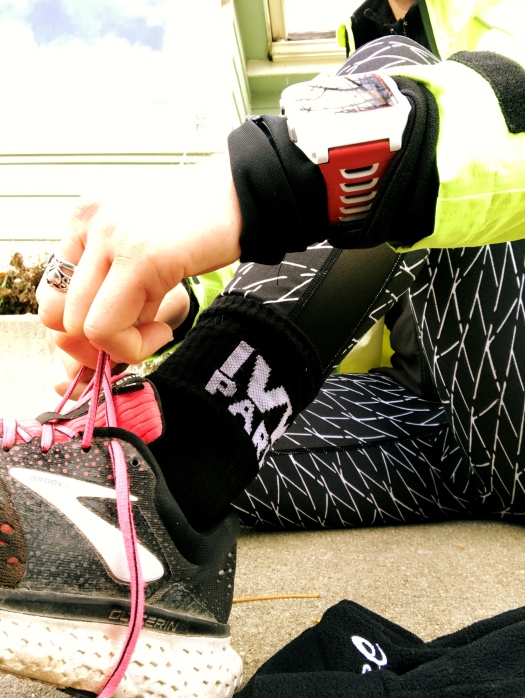 But this run I ran on the morning of the NYC Marathon wasn’t just a one-time celebration deal to knock it out and say I did it. I’ve actually been running a lot lately. Follow me on the Stravas, yo!

I never meant to run a lot when I got out here to Colorado because I wasn’t running much in Florida before I left. I was so many different kinds of runner in Tampa, and it left a bad taste in my mouth.

*August 2009 I was a fast recreational runner at The University of Tampa chasing big miles between classes in the sunshine.

*October 2009 I was officially a collegiate runner, recruited by my university’s cross country coach to run track in the spring of 2010 on a small scholarship.

*January 2010-May 2012 I was the o.b.s.e.s.s.e.d runner because I got into the best running shape of my life. I spent every waking moment running or thinking about running or traveling for running or recovering from running or running down the competition at races. My college years were a blur of morning workouts, mountains of laundry, and sleeping off the exhaustion. I loved every single second.

*May 2012 I was suddenly a post-collegiate runner with what I thought was a big bad burnout injury. It would be almost three years before I had a diagnosis.

*January 2013 I was the working professional runner. Balancing my first real job with hobby running was new and different and hard. This is when I had to choose: are you a morning runner (before work) or evening runner (after work), Lindsay? I chose morning, and tried to make a routine out of it.

*Between 2013-2014 I was the diagnosed runner: Dystonia. Over those last few years I slowly lost control of the movement of my legs. I went from healthy, fast, fit, and happy runner to slow, frustrated, uncoordinated runner and every step was hell.

“Runner’s dystonia is a rare form of adult-onset task-specific lower limb dystonia that typically presents in long-distance runners. Dystonic spasms initially occur only with running, but often progress to interfere with walking, resulting in career-ending disability for athletes.”

*2015 I was the sad, annoyed runner that sorta started to bike. I didn’t find any sort of joy in running. I did it because it’s all I knew.

*2016 I became a marathoner. I hung on to running so hard through those years that I forced myself into a marathon. It had always been a goal even when I was healthy. I enjoyed training to a certain point, but I let it run my life and then ruin a relationship. I’m proud, but if I could go back I’d do it differently.

*2017 in Florida, after fighting my situation for so long, I surrendered and I became the biking runner. I cycled a lot more and didn’t make myself “love” a sport that wasn’t making me happy. My running miles dipped to about 10 per week and my bike miles shot up to around 170.

In Tampa, I went from winning to watching my PRs slip away, experiencing every high high and every low low.

Then I moved to Colorado where I could run and cycle roads and trails I’ve never run or cycled. I didn’t have any attachment or expectations or previous memories. I wanted to suffer up the mountains, coast down the backsides, run/walk through the woods and up and down the massive hills…for fun and for the first time.

If there is just ONE good thing that came out of my bike accident, it’s that I could explore the trails as a brand new runner. I went out for my first trail run just a couple days after moving out here and I felt reborn as an athlete. My Dystonia hasn’t gone away, but my fear of it and frustration with it has.

I get to explore and run on new terms here.

The last several weeks since the accident, my weekly run mileage has hovered between 30 and 45 depending on my work schedule, and on Sunday morning I hit nine miles, a number I haven’t seen in awhile, and definitely a number I haven’t seen in Colorado. It’s tough out here and up here in the mountains—sometimes above the clouds when we are lucky. Like any milestone it felt good. Like, really good.

These days, I feel at peace with Dystonia, and excited about the runner I get to be in Colorado. I can still run trails and mountains like everyone else, it just takes me a little longer. I can’t do group runs anymore, but I can meet them (much) later for coffee.

A couple years ago I sat on my front porch bawling about my situation. I had had enough of Dystonia and not being the runner I wanted to be and used to be. And it all came out all at once. Here’s what I wrote about those feelings that night.

What are your running highs/lows? How did you get through them?

2 Replies to “A Running Rebirth”