I did two things I told myself I couldn’t/wouldn’t/shouldn’t do before I’d even really given them a go: dirt and descending. I want to get better at both because they’re unavoidable in this mountain town…so we’re working on it.

Now that it’s lighter well into 8 p.m., I’ve started riding my bike after work, around 5:30-6 p.m. ish. The sun is still pretty high and I feel safe even when it dips below the mountains when I’m finishing up.

In the morning, I throw all the things in the back of my SUV so I can head out right when my shift ends: my bike, helmet, shoes, and a bag of clothes. I usually bring a mix of cold and warm weather gear because the weather fluctuates like crazy. High 70s also means low 50s in the shadowy canyons or when the sun goes behind a cloud.

Last week I was getting ready and one of my co-workers said, “Lindsay…you doing Chapman tonight?”

Chapman is a secluded dirt climb in Boulder Canyon that is 90% blocked off to cars—only bikers and hikers can get up there. The climb has been on my list for awhile, but it’s all dirt and when you reach the top, a biiiiiiig descent down Flagstaff Mountain is waiting. Two things I’d been shy around since I moved here. 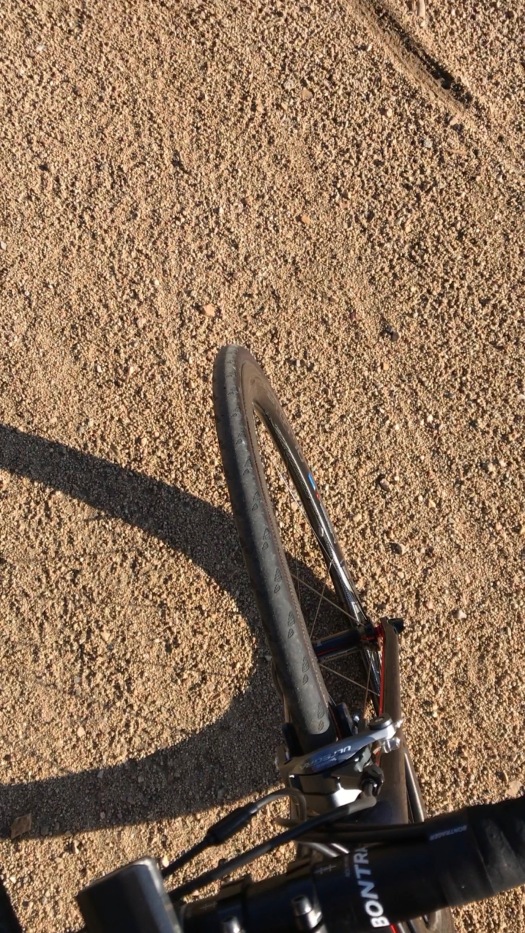 He was giving me a hard time because cyclists support each other out here and I think he wanted me to see it for myself. He knew I’d love the hell out of it.

Fifteen minutes later, I was standing outside the shop with my bike in the middle of the sidewalk on one of the most beautiful evenings Boulder has had in weeks…and I decided to go for it. My regular route didn’t sound fun, so I headed to the canyons.

“We’re doing this,” I told myself.

It’s not easy making a huge move, to a brand new place, and pushing myself onto new roads (the real ones and the figurative ones) isn’t instinctual to me, but that’s another thing we’re working on.

The road to Boulder Canyon is stunning. It winds in between gigantic boulders (heh..) that just shoot straight up into the sky and the gorgeous Boulder Creek rushes along right next to the road. It looks like Thunder Mountain at Walt Disney World but multiplied by like 50.

The turn off to Chapman is almost hidden, but once you find the trail and start going up up up, all noise pollution fades away and it’s you and the rustling trees and the birds and dirt under your tires and your labored breathing. 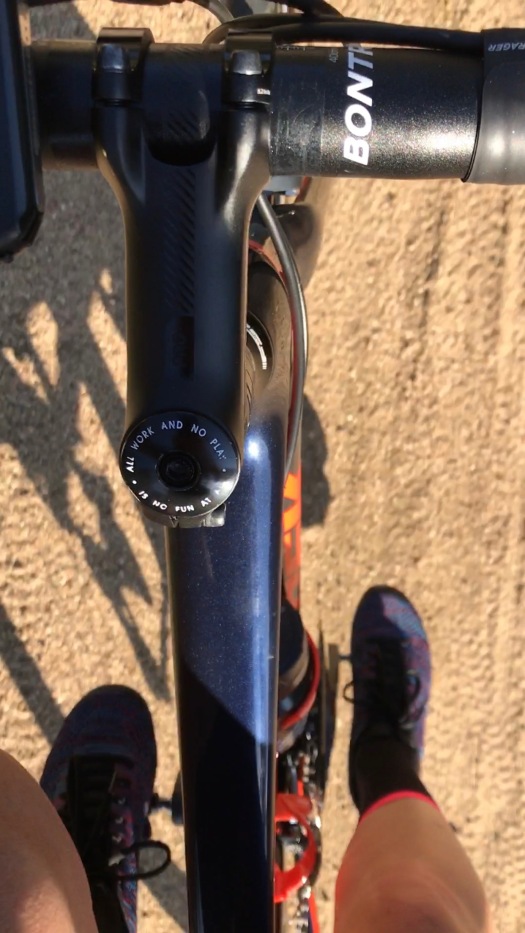 I couldn’t even tell you how long the climb is, but it’s on my Strava somewhere. I went up for what felt like 40 minutes, and it was some of the best 40 minutes I’ve ever had on a bike.

I wanted to enjoy it, so I cut my music, threw my bike into the lowest gear and motored my way up.

My buddy was right. It was STUNNING. And peaceful and SO different than anything I’d done the past six months. 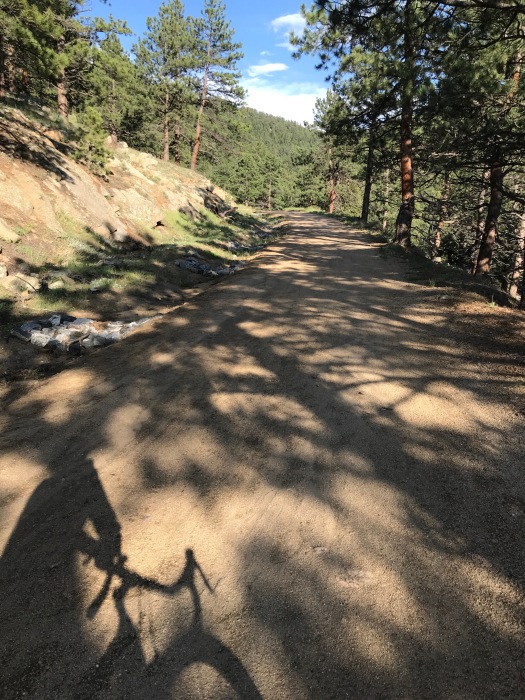 I kept thinking, “I wish everyone could see what I’m seeing right now!”

I got to the top and knew that was definitely happening again soon. (And it did—the very next evening.) The dirt wasn’t what I thought it would be, either. It was packed down real nice and not too rocky. I didn’t feel like my whole body was vibrating, which was the sensation I got on other dirt roads around here.

Then? We had to go down. The top of Chapman spits you out at the top of Flagstaff Mountain. It’s a wind-y with crazy switchbacks and cars everywhere. It’s not my favorite. But the name of the game is confidence and control. 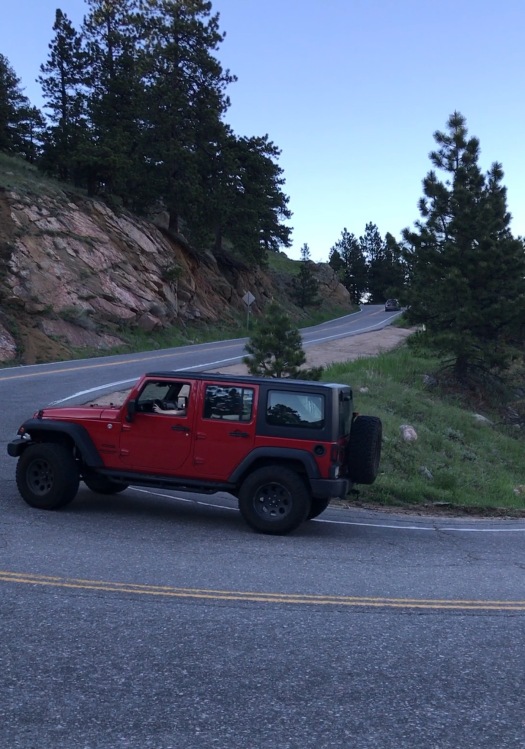 And, honestly, it wasn’t as scary as the last time I bombed down the mountain. I laid on the brakes most of the time, and let all the cars and cyclists pass me, but I made it!

Seven months ago I pushing myself over bridges along the Bay and now I’m climbing mountains in the Front Range.

Crazy where life takes you, eh?

One Reply to “Dirt and Descending”