Last week I received possibly the best early birthday present in the history of birthdays: an annual national park pass. It’s been on my list since I moved to Colorado almost exactly one year ago.

I was so inspired by my gift that I scrapped the next day’s bike plans in favor of a long hike. Saturdays are my days for doing new things; I promised myself I’d do or see something I’ve never done or seen before. So far it’s going really well. Check out my last big hike at Pawnee Pass Trail here.

This weekend I decided to hike the Arapaho Glacier Trail. I like to use the AllTrails app to help me decide where I’m going. I usually pick a trail that’s rated difficult and no longer than a 90-minute drive away. Once I have two-day weekends back, I think I’ll pick trails a bit further away and maybe even do some camping.

The Arapaho Glacier Trail fit all my requirements, plus it had great reviews and photos.

On Saturday morning I filled my Camelbak and packed it up with snacks, gloves, my camera, then slipped into leggings and threw on a couple layers. Boulder is at about 5,300 feet in elevation, but the trailhead at Rainbow Lakes Campground sits at 10,000 feet and is much colder.

Around 8:30 a.m. I arrived at the campground/trailhead. Unfortunately, I didn’t need to use my annual pass because camping and hiking at Rainbow Lakes is free.99. I was so pumped to wave my shiny new pass around in a these-woods-are-free-for-me kind of way for all the rangers to see. Next time. 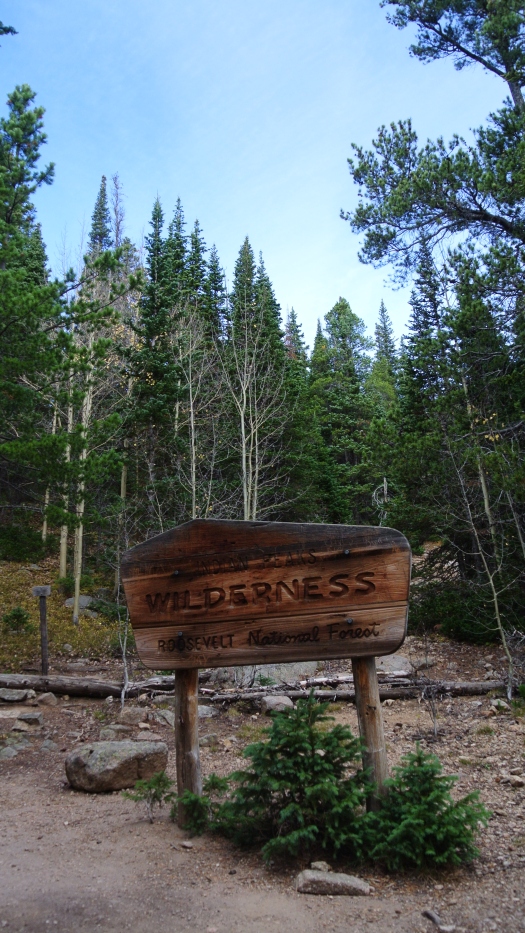 The first bit of the trail was pretty easy…but only because I went the wrong way. When I ran out of trail, I realized I had walked 1.5 miles in the wrong direction on the wrong trail. My poor navigation—and reading—skills took me to Rainbow Lake, which was gorgeous, but not where I planned on going.

I turned around and eventually got back on track. Most of the hike looked like this: a rooty path in a dense forest, the sun occasionally peeking through the trees.

But then. BUT THEN. After a few steep switchbacks, the trees and the air thinned out, mountains appeared, and suddenly I was above the tree line. In that moment, it felt like someone hit MUTE. A blanket of silence fell over the mountains. I could hear the air, if that makes sense. Silence and seclusion in such a beautiful place puts things in perspective. We are such a small piece of this whole world, and most of our problems are even smaller. I am a different person because of these places. Thank God.

The rest of the trail, every step of the way, was UP. 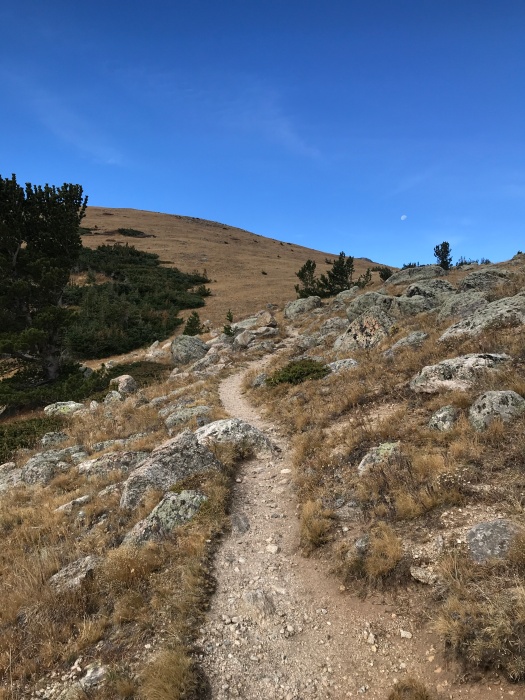 I battled a massive headwind as the trail took me higher and left me more exposed.

I plopped myself in the middle of the trail for a few minutes, drank some water, and then decided to turn around. I’d guess there was about two more miles left in the trail, but the wind combined with the altitude felt a little intense in the moment.

The trail got a bit more busy on my way down, but not as overwhelming and touristy as Pawnee Pass. The trails rated difficult tend to be a bit less crowded since out-of-towners aren’t as adjusted to the elevation. 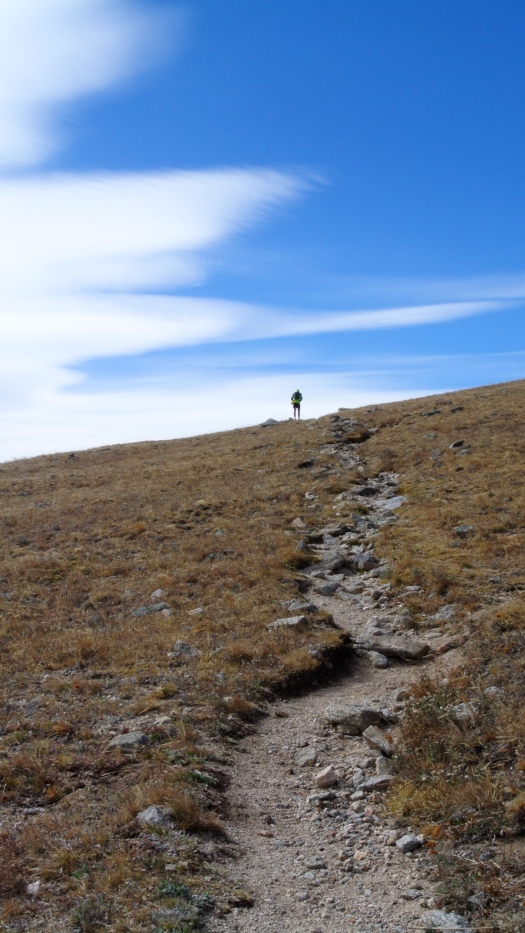 ^^^ Meanwhile, this dude was RUNNING up the mountain, against a headwind at 12,000 feet. Just another Saturday. That’s Colorado for you.

In total, I think I was out on the trail for around three hours. The drive back and forth was longer. I’d like to go back before it gets too cold and finish the whole trail. I could see in the distance where it was heading and I know the views would’ve been insane.

Where should I go next weekend…hmmmm….