For the past two weeks, my early morning runs began the same way:

At 5:21 a.m. my blaring alarm knocks me out of a glorious sleep coma.

I hit SNOOZE 2x but don’t actually fall back asleep.

At 5:44 a.m. I swing my tired legs out from under three warm blanket layers and over the side of my bed.

Streeeetch. Arms out, I touch left ear to left shoulder and right ear to right shoulder, I roll my wrists and then my ankles, massage my brows and temples.

I’m feeling my age lately. When I was 21, 22, 23, 24, I could get away with not stretching, skipping the roller for weeks, throwing on sneakers and shorts and heading right out the door. These days, closing in on 30 years old, my lower back aches most mornings, and my hamstrings are chronically tight. I groan now (that’s the tell).

When I finally lift my butt off the bed and pull on my tights and socks and wriggle into a sports bra, I gingerly walk downstairs as not to wake my roommate. One day I’ll afford my own place in Boulder. For now, I tiptoe.

And at 5:54 a.m., in the silent pitch black night, I’m on the pavement, shuffling from one unsteady foot to another. I’m still getting used to this routine.

Two Mondays ago, on March 14th, I started a new job. And that’s when I started running consistently again. Pre-new job, I ran maybe twice a week. I couldn’t get myself together enough to get to the gym in the freezing cold five o’clock hour or at the end of the day—at the other freezing cold and dark five o’clock hour—after the sun had set with all of my motivation. And I missed it.

When I lived in Tampa, I’d run every morning because, aside from hurricane weather, there were very few barriers to fitting in workouts outside in the middle of winter.

So I’m doing it. This is me making time for what I love again.

Most days my runs begin on a one mile downhill. I call this my warmup; I’m not really working, just working to stay upright as my left foot smacks the pavement and my right foot smacks my left calf before landing somewhere on the ground in front of me.

Dystonia, they told me, seven years ago in a neurologist’s office in Tampa, Florida. That’s the calf smack part. There’s no cure, barely any worthwhile treatment, and no guarantee of improvement. For awhile, I felt like I’d lost my entire identity as a lithe competitive distance runner. But I’ve accepted it, for the most part, because fighting it was exhausting for me and the people around me. Read more about it here.

So on this new schedule, I’ve committed to at least four miles a day—just enough to make these early wake-ups feel worth it. It hasn’t been easy but either has wrestling with the thought of giving up running completely.

And in return for my commitment to getting out there (and running 30 miles this past week) I’m getting faster. Because of my Dystonia, there’s a limit to my speed. I’ll never qualify for Boston—a dream I let go of so many years ago—and I’ll never be competitive again. But I’m seeing times and paces I haven’t seen in a year, an average of 30 seconds per mile faster than I was running a month ago. That alone makes a little less sleep worth it to me.

On a related note, I just finished Shoe Dog by Phil Knight. Last month I was browsing one of the book shops in the Orlando airport killing time before an early morning flight back to Denver and I noticed Shoe Dog was featured on one of the display tables. I picked it up and read the jacket. A few minutes later a man stopped, turned to me and said, “That’s the best book I read last year. Highly recommend it.” 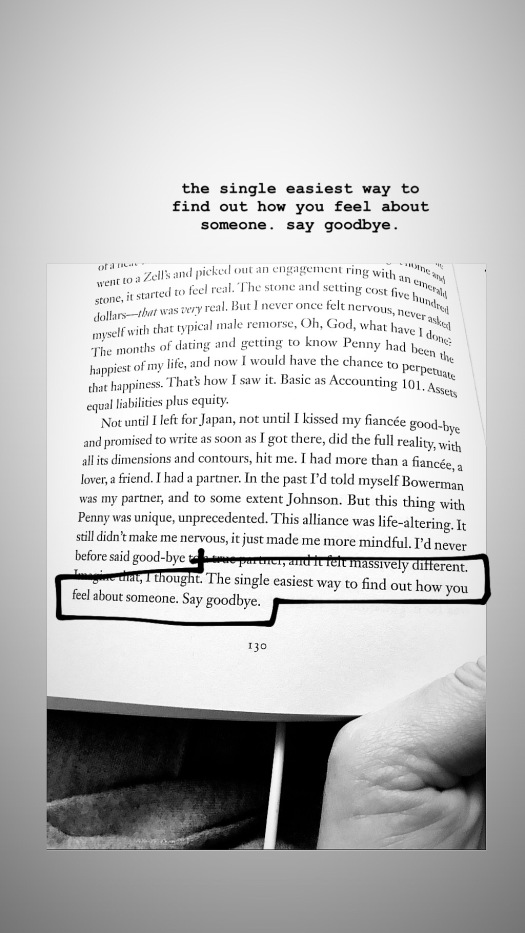 That was all the nudging I needed, so I bought it and didn’t put it down once on my 3.5 hour flight home. The book isn’t the reason I started running again—and honestly there isn’t much running talk in the book anyway—but I related to and connected with Phil’s love for the running world and his drive to push it forward.