Today I’m thirty years old. And do you know what? I’m so fucking happy to be out of my 20s. That second decade was filled with so much pain and heartbreak and change that I think I needed to go through to get where I am today. That revelation is nearly impossible to imagine when you’re in the thick of that chaos and turmoil, but it’s real. Valleys lead to peaks, eventually. 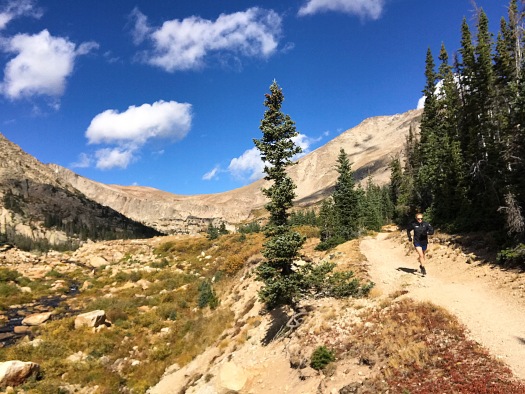 For so long I hated the idea of 30. I was scared to turn 30 because deep down I had a feeling I wouldn’t have accomplished everything I’d set out to do. I was afraid that when I turned 30 I wouldn’t have a husband or a family or a house. I wouldn’t have a job I was totally in love with. I wouldn’t have gone back to school like I wanted. I wouldn’t even have a boyfriend. And now finally at 30 years old…my gut feeling was spot on. I still don’t have any of those things. But what I do have is genuine happiness every day, about something. That’s something most people with all those other things don’t have, and for that I feel pretty lucky. I believe good things will fall into place once you’ve straightened out what’s inside your own heart.

In my Nearing 30 post, I talked about the small physical and emotional changes I’ve made in the last little while that feel right for me as I enter this new decade. It took a lot of heartbreak and growth and pushing myself into uncomfortable situations to settle into this new life and I feel really good about it. Now that I’ve moved into my own place, I also feel more mentally stable. I seriously cannot do roommates anymore unless I’m sleeping with him, ya know? I also feel good about how the past year has gone and everything that’s about to come in year 30. Shall we rewind a little? These were my favorites of year 29 that got me even more excited for what 30 will bring…

In October last year, I competed in my first cyclocross race at Valmont Bike Park in Boulder! Well…competed is a loose word, but I came second and fell totally in love with the sport.

On Thanksgiving Day, I rode bikes with my friends in the bitter cold and was reminded how extremely thankful I am to be part of such a rich community here in Boulder.

I went to Rapha’s RCC Christmas party at the Boulder clubhouse and had an absolute blast catching up with friends and celebrating the season.

In March of this year, I got a new job after struggling for about a year and a half to find anything full-time in my field.

I wrote about a really special ride to Gold Hill with a good friend.

In April, I rode Rapha’s Day in Hell Ride, which was one of the most exhausting days on the bike I’d had in awhile. Clearly I still had my winter legs under me.

I spent part of Memorial Day weekend exploring Santa Fe, but was surprised by the lack of good riding roads. I think they’re more of a mountain biking mecca? I didn’t love Santa Fe, and it was extremely crowded.

In June, I ran the Travois Trail for the first time and TOTALLY fell in love. It’s a hidden gem way up in Centennial Cone Park. A must-visit if you’re in the area.

A group of RCC Boulder members previewed the SBT GRVL course in June, and on the first day of summer…it snowed. The weekend didn’t go as planned, and our time on the bike got cut very short, but we still had a great time.

I spent July 4th with my family at our lake house in Denville, New Jersey. I cherish the time so much with all the family and friends I don’t get to see very often.

Our creative team at work spent the night camping in the mountains outside of Denver. It was quite an experience learning survival skills, making fires, and carving stakes.

I had a hell of a time finishing the Rapha Women’s Prestige ride, but my amazing teammates helped get me through and we had a blast together one a truly beautiful day.

I PR’d on Flagstaff…without even trying. That was a fun notification from Strava.

The SBT GRVL weekend was one of the best times I’ve ever had riding my bike with friends. It was truly an unforgettable event that I cannot wait to do again next year!

I joined the Tabletop Tuesday crew for evening rides at South Table Mountain. I wish I had joined earlier in the season, but I’m already looking forward to next spring when they start up again.

My second season of cyclocross kicked off with a race at Harlow Platts in Boulder! It was a bunch of fun kicking off the rust and getting back to pushing hard. I even won, which was so fun!

This past Sunday I did a little solo pre-birthday celebration by hiking a new-to-me trail in Rocky Mountain National Park. That post will be coming this week because it was one of the most beautiful (and slightly easier) trails I’ve hiked in awhile.