My second race as a Cat 3 is in the books! But it didn’t quite go how I would’ve liked.

This past Saturday I raced in the third of six Without Limits races at Interlocken in Broomfield. And it was…tough. That’s probably the most tame way to put it. I didn’t race this one last year since I started my cyclocross season in the middle of October, so I didn’t know what to expect.

Luckily, this course was just five miles from my front door, so I loaded everything into my car around 6:30 a.m. on Saturday and drove over early to get a good spot in the limited parking lot area. It truly felt like the first cold day of racing this season. The temps were in the 40s when I pull in and didn’t hit the 50s or even the 60s until well after I was done racing. During the warm up I could see my labored breath and every once in awhile I pulled off the side of the course to rub my gloved hands together and shake out my stiff arms. I felt like I was out of practice since I hadn’t raced in two weeks since my parents were in town.

The course was filling up quickly with racers getting their pre-rides in. I think everyone had the same idea: get in a good hard effort ride before the big US Open this weekend on October 12 and 13.

I was happy I got there early because there were a few STEEP off camber sections that almost felt unrideable and that I needed to practice several times before my race went off. A few of us women practiced a particularly tough part together several times and watched how the pro men took it to find the right lines. The mud also got more and more slippery as riders dug their tires into it, which made it even more difficult to navigate. I’ve learned that practice rides are always worse than the actual race because my adrenaline revs up as soon as the gun goes off and when I get to the top of the tricky sections that felt scary or overwhelming, I repeat NO FEAR in my head and just go for it. And if I fall? Well, it’s cyclocross, and that’s supposed to happen.

After I felt satisfied with the number of warmup laps and rode, I watched a bit of the men’s race but mostly just hung out in my car where it was toasty warm. I tried to shake the numb from my fingers before I headed to the start line.

Around 8:45 a.m.—five minutes before our start time—the official called us up one by one. I wasn’t lucky enough to get an early call up (it’s based on your ranking and mine is a little low right now since it was only my second race in Cat 3) so I pulled up behind the first row of women. It’s always tough starting behind a big group because the fight to the front on a narrow course is tricky. When the gun went off, the women ripped it right away. And I freaked out a little. We don’t hold that blazing pace the entire race but it’s a lung burner for the first few minutes as we try to make our way to the front and over the barriers and through the sand first. I ended up going through the first lap in second or third I think and without any falls—that’s a win! Sometimes I’m so nervous I hit a barrier weird or don’t clip in our out quick enough. The official signaled to us that we’d be riding five laps based on the first place woman, which helped me set my pace and conserve as much energy as possible without giving up any spots. By the third lap I was hot behind the leader and I tried to stay on her tail as closely as I could. But before one of the sandpits, I fell. My tire slid out from under me and I went down on my right side. Thank goodness it’s only grass. With the third and fourth place racers hot on MY heels, I got up as quickly as I could and kept on. 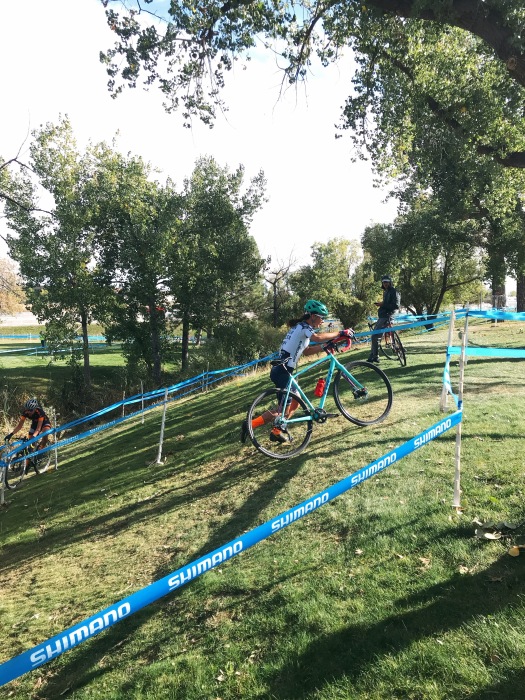 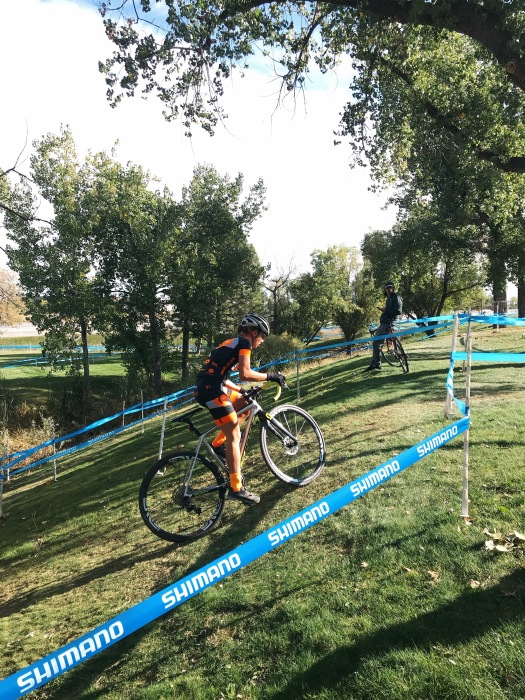 ^^^ That STEEP section I was talking about. Yikes!

I was still in second place on the last lap and feeling like I could pull off a podium finish, but two more mistakes pushed me back into fourth where I couldn’t quite catch the two women in front of me. I rolled across the line with my head hung low, my shoulders slumped, and my quads absolutely throbbing. Slowly, the adrenaline wore off and I could feel the hot spots where I smashed into the ground (and also into a stake holding the course tape). My shoulder was tender and I could feel a bruise forming on my left hip. My a kept a smile on my face because this is the fun of it! Falling, getting back up, learning. I high-fived all the women crossing the line after me, congratulating each one on their effort and grit.

I stayed to watch a couple of my friends race in the pro women’s field, and I tried to picture myself there one day mixing it up with the best of them. One day. 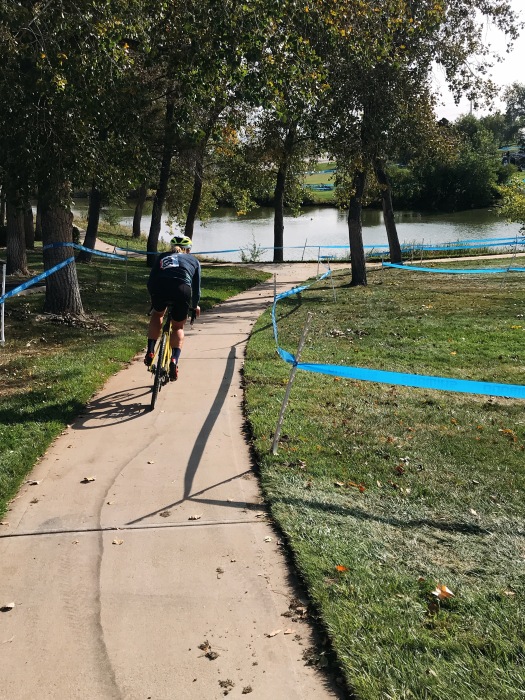 I went on a short bike ride later in the afternoon, but didn’t push it. My lungs were on fire and I had a nasty cough the rest of the day. It feels really good to push it to the limit every so often, and know that each race is practice for the next.

I’m so excited to race this coming weekend in the US Open of Cyclocross at Valmont, the only UCI race in Colorado of the year. It’s going to be a big one and the competition will be STIFF. On to the next one!

The list of things I wish I’d done right is a mile longer than any of my accomplishments. And whether that’s hindsight or just being a human, it doesn’t hurt any less. Bitter things I’ve said, relationships I’ve lost, time I’ve wasted; it keeps me up at night. But two and a half years ago I lit that list on fire and started over in Colorado, which was the most real and right choice I’ve ever made. Hindsight tells me I should’ve moved here sooner. Being a human tells me it’s never ever too late to begin again. 🤟🏻 #tbt #waitingonspring #hiking #estespark #igerscolorado #explore