Well, my last cyclocross race really was my last race of the season. 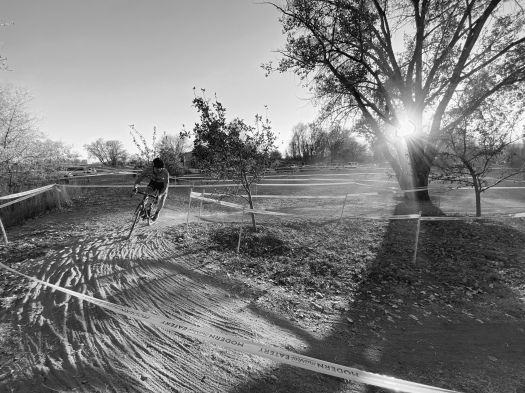 I wasn’t sure because that last race was such a blast, but I had a feeling it might be. There were still a couple races left on the 2019 calendar, but what if a freak wave of inspiration hit? Or what if I came down with an overwhelming and paralyzing sense of FOMO when I saw my friends mixing it up in the dirt out on the courses?  Well, none of that happened. After that last race, life  kind of took over. Colorado dumped a lot of snow on us early in the winter, I traveled home to Florida for Thanksgiving, and then suddenly it was three weeks later and my fitness was nowhere to be found. I also wasn’t too excited to race in 20-degree weather just to eek out one more race for the hell of it. I’m ok with it, though, because I did a ton more races this year than last.

Instead of racing this past weekend, I took advantage of our warmer-ish weather and got in two solid rides that felt surprisingly good despite taking a bunch of time off. That’s one thing I miss about Florida: year-round riding. Sometimes it feels nice to have a break from riding to prevent burnout and get excited about different winter activities like hiking or strength training, but nothing beats a breezy bike ride to explore new places and get pastries with friends.

SATURDAY + A book you need to read + Riding

On Saturday morning, I paced around my apartment with coffee in one hand and my book-of-the-moment in the other. I’m reading Modern Love right now, which is a series of essays about love in different forms.

Some end beautifully, and some painfully—and it’s difficult to read in large doses—but the writing is really great, and exploring different lives and stories within one book is a different and refreshing experience. Again, I can only read maybe five or six at a time because some of them surface emotions and feelings I’ve tried hard to suppress or am still working through.

Around 9:45 a.m., the sun came out and it had finally warmed up enough to get on the bike. I prayed for clear bike lanes out of town as I clipped in and took my first few pedal strokes down the street. I covered a little over 50 miles, winding up to North Boulder on the muddy dirt roads.

I hoped it wouldn’t be too sloppy, but by the time I made it back to my neighborhood, the mud was caked onto my wheels, under my down tube, and all over my bottom bracket. But it was a blast. 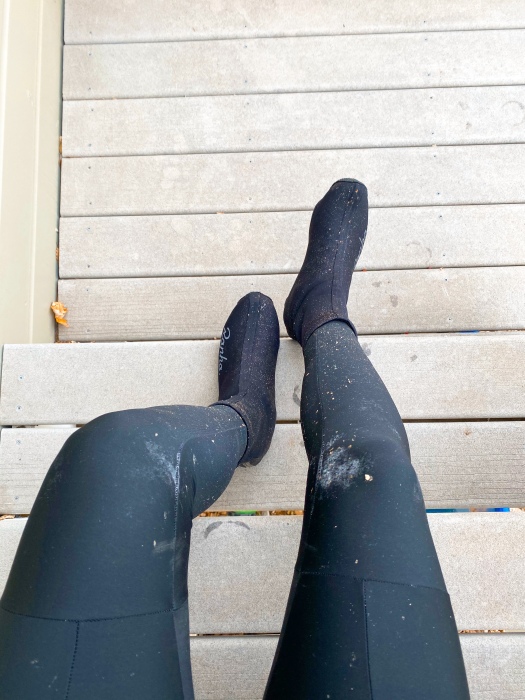 It feels really good to ride when I’m actually excited to ride. I’ve done so much forced riding over the years, especially in Florida while I working through heartbreak and life changes. It was all I could do some days when I needed a break from sleeping or sobbing. I’m happy those days are mostly behind me.

Sunday was a bit warmer, but I was pretty sore from a big ride the day before, so I kept it short and easy with a big 35-mile loop.

I was absolutely starving when I got home, so I whipped up one of my easiest and most delicious one-pan meals: carrot, onion, zucchini, chickpeas, chicken sausage, salt and pepper. Done. 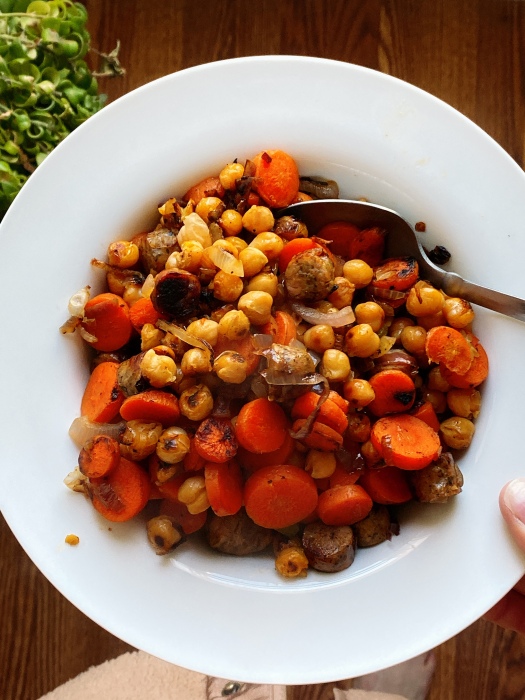 I make these one-pan meals every day because they’re so easy and ready in less than 20 minutes. Basically, my method is to throw frozen and/or fresh veggies and/or meat and spices into a pan and sauté them until they’re browned and cooked through. I pour it into a bowl and eat it as is or add ketchup, hummus, nutritional yeast, etc. I also use my oven to roast a bunch of things, but this is my favorite method to get lunch or dinner ready in no time. Plus, I can use inexpensive ingredients like canned chickpeas and beans, or frozen veggies and meat.

That was a tangent, but I thought I’d share in case you come home HANGRY one day and want something quick, on the cheap and with ingredients that you probably already have in your fridge.