Another Friday afternoon trail run! I’m going to miss these when Labor Day rolls around because that means summer Fridays are over and I’ll have to explore the trails and ride my bike on the weekend like the rest of the American workforce. Sigh.

I shut my laptop a little after 1 p.m. and got in my car despite the gray, ominous clouds hanging over Boulder and the mountains I was headed toward. The summer storms here are kind of funny and a lot like Florida’s: they blow through pretty violently with thunder, lightning and wind, but they don’t last long. And sometimes it will pour in bright sunshine, which is so confusing.

On my way up Boulder Canyon, I knew the rain was coming based on the clouds and how the wind was starting to pick up. But it wasn’t bad enough to make me turn around. 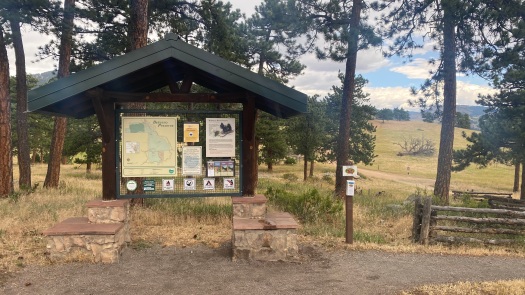 When I pulled into the parking lot at Betasso Preserve, I thought I had better get started quickly. I am totally happy running in the rain, but starting my run while it’s raining is another story. I don’t know why, but I’m sure other runners can relate. The second my feet hit the dirt—and I mean the exact second—it started raining.

Then, a huge crack of thunder rolled across the sky and echoed against the mountains. It was so loud and exact, I felt it in my chest. I stopped under a tree and looked back at my car sitting in the parking lot getting pelted by sideways rain.

It wasn’t looking (or sounding) good but I really wanted to run the trail…so I kept going. I noticed some stray blue patches of sky peeking through the cloud cover, which told me the storm was talking a big game but would pass by any minute. And it did! After about fifteen minutes and three or four more cracks of thunder, the sun came out for a little while and it didn’t rain again until the moment I got back in my car to drive home.

I had heard about Betasso a lot over the last few years living here, but mostly from my cycling friends. It’s a very popular spot for mountain bikers because it’s not far from Boulder, so you can ride or drive there, the trails are beautifully groomed, the trail is well-marked, and it’s relatively easy. The only real downside is that it gets congested with runners and bikers pretty quickly, which is why it’s closed to bikers on Wednesdays and Saturdays—I’ll definitely be back on a Saturday to enjoy that space.

One of the great parts about this trail is that there are several loops you can do separately or all together to create a longer run/ride. I was looking to do at least seven miles, so I chose to run Canyon Loop, which connected to Benjamin Loop, then back to Canyon. I ended up doing a sort of figure eight with an out-and-back section in the middle, which was really cool and a great way to see the whole trail.

Canyon Loop is about 3.3 miles and includes buffed dirt, rolling trail, beautiful mountain views, and some really enjoyable shade that also comes in handy when it’s pouring out.

Benjamin Loop is about 2.4 miles and is very similar to Canyon Loop but also includes a .75-mile out-and-back connector to Fourmile Canyon, which is a paved road in Boulder. This short section was actually one of my favorites because it snaked back and forth down the side of the mountain in between bare, skinny trees that were impossibly tall. The “back” portion of this out-and-back was obviously very tough because it was all uphill, but still very enjoyable and, well, the only way back to my car filled with towels. 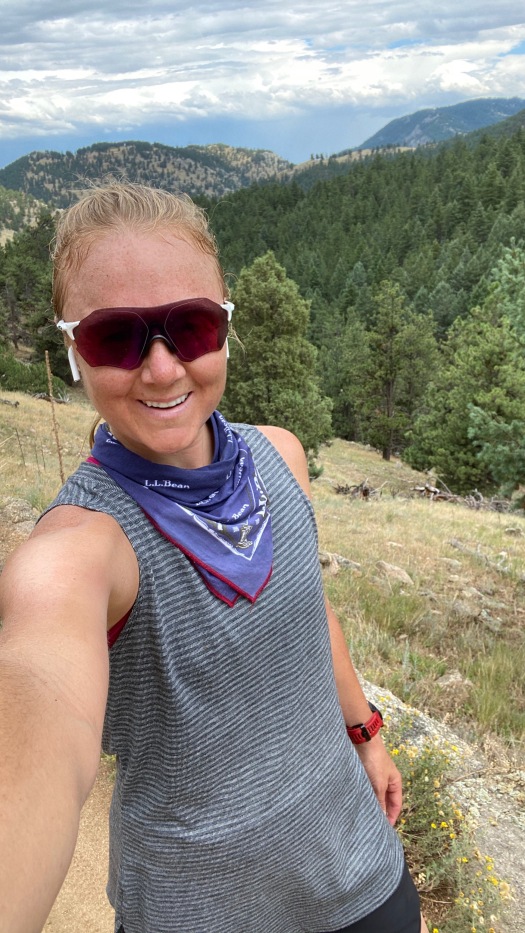 All in all, I ran/walked/hiked 8.17 miles and climbed only 1,000 feet, and I would say that was almost the perfect ratio of miles to elevation gain (I think maybe 1,200 would’ve hit the nail on the head). I felt like I put in a good amount of work, but I wasn’t overly cooked when I got back to my car. I’d give this one an 8.75/10 and I will definitely be back soon!

Hope you all had a great weekend!